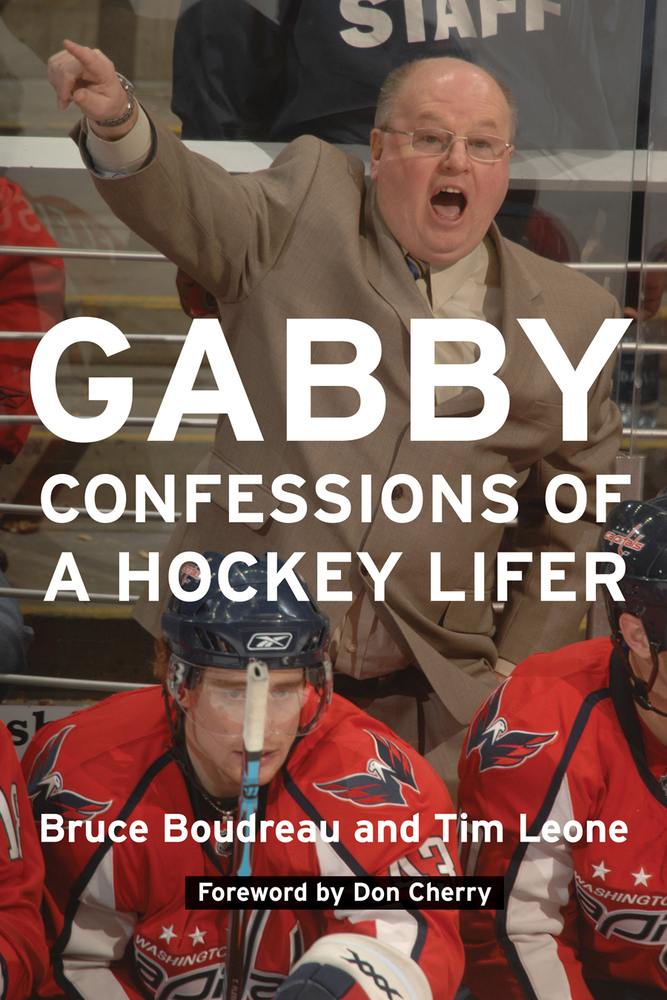 “Gabby: Confessions of a hockey lifer” is a biography of Bruce Boudreau from 2009. It describes the life of Boudreau who only got a taste of the NHL as a player. But got a full bite as a coach.

The 2007-08 Washington Capitals were a magical team, for many reasons.

The team was young. Many of the players had worked their way to the National Hockey League from the draft and through the American Hockey League’s Hershey Bears, the Capitals minor league affiliate.

Alex Ovechkin was a rising star in the league. After two seasons in the NHL, Ovechkin had notched a 52-goal season in his first year, which propelled him as the league’s rookie of the year, and scored another 46 goals in his sophomore season.

The Caps never gave up. Through 21 games the team had a record of 6-14-1. But with wins in 11 of their final 12 games, the Capitals accomplished something that had never been done — making the playoffs after rallying from 14th or 15th place at the season’s midpoint.

Bruce Boudreau was the main reason for the turn around. He was brought in to coach the Capitals on Thanksgiving 2007. For the first time in his life — after 20 professional hockey seasons — he was a regular face at the NHL level.

“Gabby: Confessions of a Hockey Lifer” is Boudreau’s story. From the buses of the minor leagues, both as a player and as a coach, to the private jets of the big league, Boudreau tells his many tales. Including the time he made a cameo in “Slap Shot.”

Along with his time as a player, Boudreau also describes his personal life during his career. Providing insight to the life of a pro hockey player and the hardships that go along with it.

Boudreau focuses on his time as coach of the Manchester Monarchs and the Bears, especially the players he eventually coached in Washington. He even describes in depth his coaching strategies and why he thinks they work.

Boudreau speaks explicitly of people and players he likes and dislikes. He even discusses the penalty call made by Paul Devorski in overtime of Game 7 against the Philadelphia Flyers, which eventually led to his team’s elimination, and the end of the Cinderella season.

I give Paul credit for having the guts, whether he’s right or wrong, to make the call on Poti. Devo had an explanation for everything. However, he was the back referee. Why did he make that call? Why didn’t ref Don Koharski, who had the play right in front of him, make that call? I don’t understand that.

“Gabby” is not a classic hockey novel like Ken Dryden’s “The Game.” It’s different. Fitting as that matches the man telling it, Boudreau. Boudreau and the Capitals celebrate an unlikely 2008 Southeast Division championship. (Photo courtesy of The Washington Post)